1 / 12
Statement
"GAZA: Mowing the Lawn" is comprised of 52 small panels documenting the 2014 assault by the Israeli military with airstrikes followed by a ground assault. The images that came across my newsfeed through social media were horrific. At first, I was angry at these postings and would pass them by. After 2 days I stopped and made myself look. I felt the need to document this latest atrocity on the part of the Israeli military. "Mowing the Lawn" is a term coined by the Israeli military to describe the periodic assaults they conduct in GAZA thus keeping the Palestinians under control. By covering these images with multiple lines and colors, the imagery becomes easier to look at, not less horrific. Israeli art critic and curator, Sagi Rafael, wrote, in an essay for the upcoming book of the same title:  Jaime Scholnick’s “Gaza: Mowing the Lawn” may be one of the most significant politically charged artworks of recent years. Not only because of the direct reference to one of the world’s endless and violent ethnic and religious conflicts between the Israelis and Palestinians but because of its precise capture of the current Zeitgeist in the spirit of the era. It seems that we are at a high point in history, where we can know so much, yet prefer not to know as much, and easily turn a blind eye.
Mowing the Lawn Series 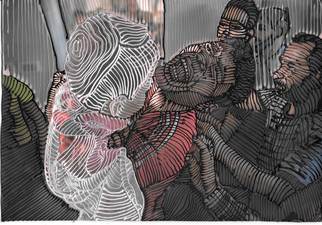 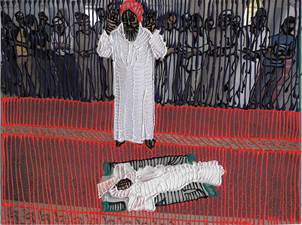 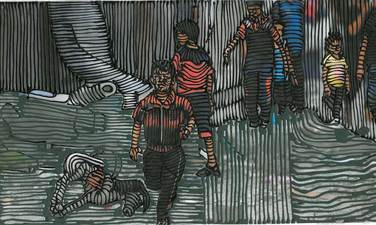 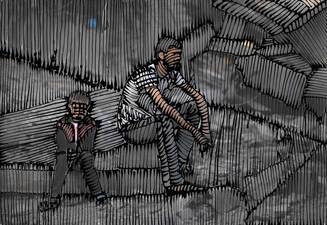 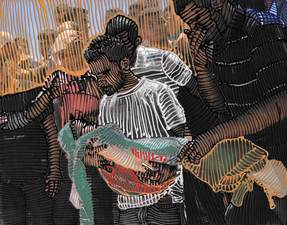 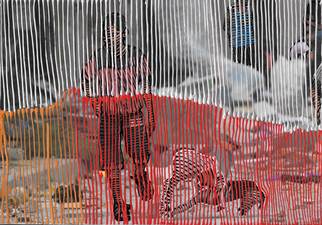 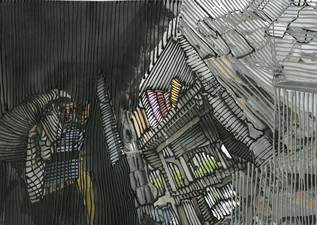 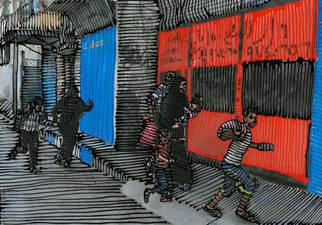 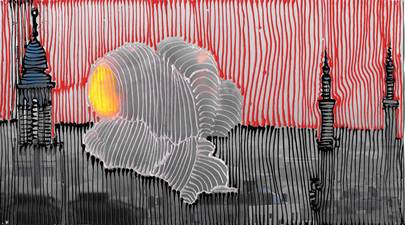 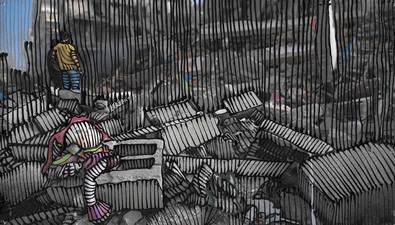 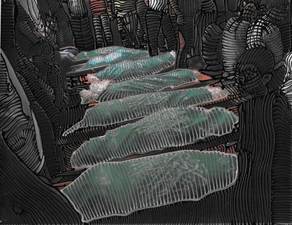 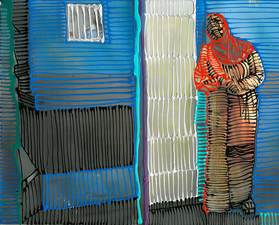 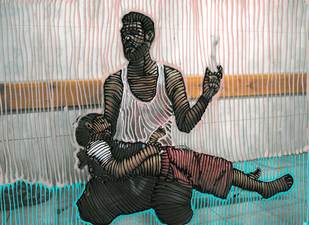 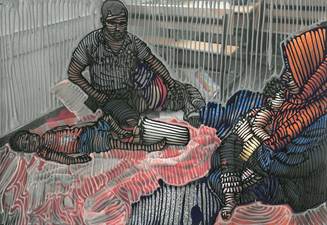 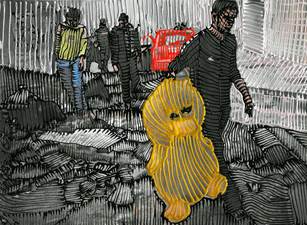 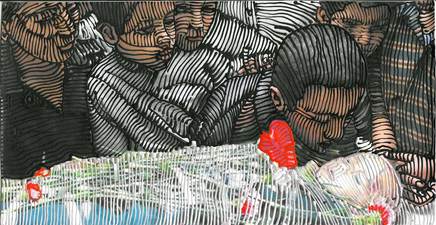 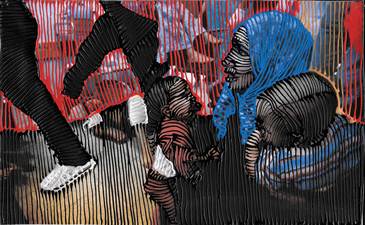 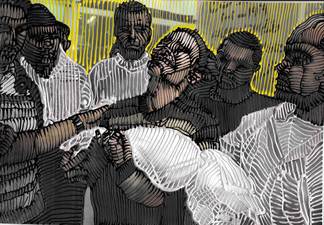 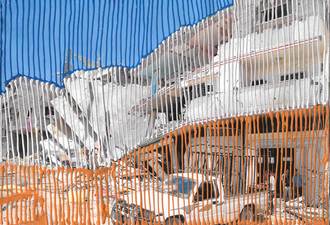 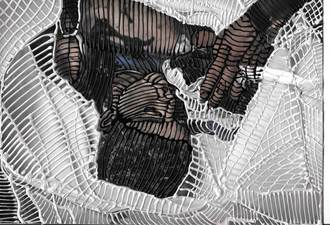 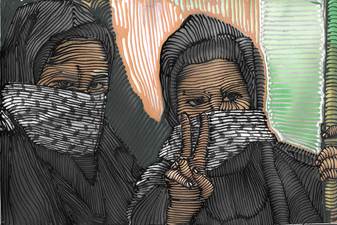 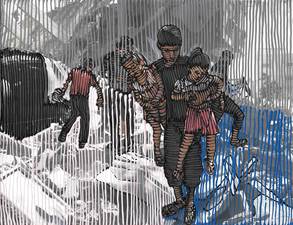